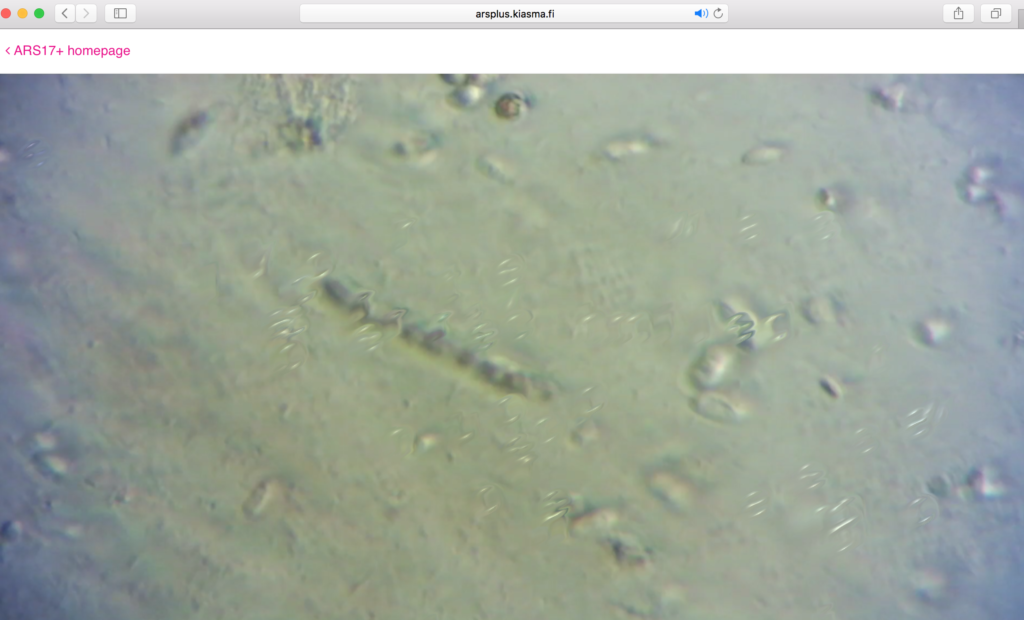 Gut-Machine Poetry (2017) proposes a biological computer system in which the chaotic activity of bacteria and other micro-organisms contributes to the creation of a new type of poetry. The system is based on interaction between fermenting kombucha tea and a text database.